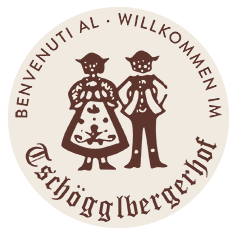 request online booking
To the next offer »

Treat yourself to joy

Attractions at Bozano and surroundings

On the Salten Plateau, heading from the Stella Alpina hotel towards Lavenna (path 1/E5), you will find 12 legends that tell about Jenesien and its surroundings. The legends were written by 132 students of the Jenesien primary school.

This trail, wich is approximately 3 km long, was first thought to be a trail for meditation and conceived with special focus on children, nature and simplicity. The aim is to have visitors, especially children, experience nature through all their senses  and explain them the message sent to us by God the Creator through His creatures.
A number of elements, e.g. footprints, the labyrinth, the Stone of Our Fahter or the beautiful belvedere help both children and adults to learn about the life of St. Martin and better understand their life, too.

The earth pyramids near the hotel Wieser read more »

The earth pyramids are geological formations from the last ice age. Since then the red clayey ground slides away from the meadows and the forests and give life to the earth pyramids. The 'Margarethenbach' (a stream) originates here and flows into the Etschtal towards Siebeneich.

The walks to the Salten, a middle-mountain landscape, with its rich mountain flora and the panoramic view on the ridges close to, cheer each and every mountain lover.

The mountain maple is situated near the hotel Tomanegger, that lies half way between Jenesien and Flaas. The leafage is huge and blooming. The tree is particularly charming for its vitality and its autumn colours.

First documented in 1159, they were destroyed many times due to fires and battles, and have always been rebuilt. The legend tells that these ruins have kept their second name of "Sauschloss".

The building techniques and the disposition of stones in layers let suppose that this little fortress was built around 1180. It is highly likely that the lords of the castle were the Counts of Tyrol. The last written documentation about Helfenberg goes back to 1353.

Wet meadows; above the old path where there is a church dedicated to Saint James (patron of the travellers and wayfarer), Langfenn is a possible pagan sacred place - there are archeological finds of the Bronze Age - about 150 years ago it was cattle and haberdasher's market.

During the whole year the Tourist Board Bolzano Bozen offers an attractive program of guided tours for individual guests of Bolzano’s medieval centre.

The walls of the first Runkelstein Castle were built on an outcropping of porphyry on the outskirts of the city in the 13th century.

A renowned cycle of frescoes depicts Tristan and Isolde, while others show games, jousting, and giants and dwarves.

They are considered to be the most comprehensive and varied of medieval secular frescoes still in existence anywhere in the world.

The collection on exhibit at the South Tyrol Museum of Archaeology is structured chronologically and documents the entire history of South Tyrol from the Palaeolithic and Mesolithic Age (15,000 BC) to the Carolingian period (around 800 AD).

Set off against the wider historical background, the Iceman along with the associated finds form the exhibit's core. Models, reconstructions, stereoscopic pictures, videos and interactive multimedia stations allow the visitor to gain insight into the ancient past of the southern Alpine region in a way that is, at the same time, highly informative and entertaining.

With a permanent exhibition area of 1,000 m² visitors have the opportunity of appreciating the great variety of South Tyrol's landscape: from its geological genesis to its morphological configuration, from its repopulation after the ice ages to its anthropization.

An important field of the Museum’s activity is the research carried out across the territory of the region. The focus is concentrated above all on the systematic study of the local flora and fauna as well as of the geological and mineralogical characteristics of South Tyrol.

In addition to the history of castle complex, whose first historical mention was in the year 945, which is presented in the "white tower" of the province of South Tyrol, Reinhold Messner presents mountains in art and the stories of their ascents.